Elk grazing shoulder-to-shoulder in the Kettleman Hills and antelope roaming in large numbers! This is the history of Avenal, . . . a hunter’s paradise. Spaniard soldiers and explorers named this area “Avenal”. “Avena” means oats or oat fields in Spanish. The Kettleman Plains area was covered with wild oats “waist high” before it was inhabited.

Discovery of Oil Early American settlers arrived in the Kettleman Hills area during the 1850’s with the dream of raising cattle and farming. Oil, however, would bring fame, fortune and people to the area. On March 27, 1927, the Milham Exploration Company began work on Elliott No. 1. The crew toiled for 19 months, drilling past the 7,000-foot mark. On October 5, 1928, the well blew out with a roar which was heard over 30 miles away, spewing forth oil so fine and white in color that the gasoline could be used unrefined in automobiles.

Development of a Town The discovery of oil transformed Avenal into a boomtown. In 1929, Standard Oil surveyed the current site of Avenal to build a town. Makeshift houses were hauled from Taft to take the place of tents. Water lines were installed and later a sewer plant was constructed, a post office replaced a cigar box in the general store, a fire department was organized and the community grew. 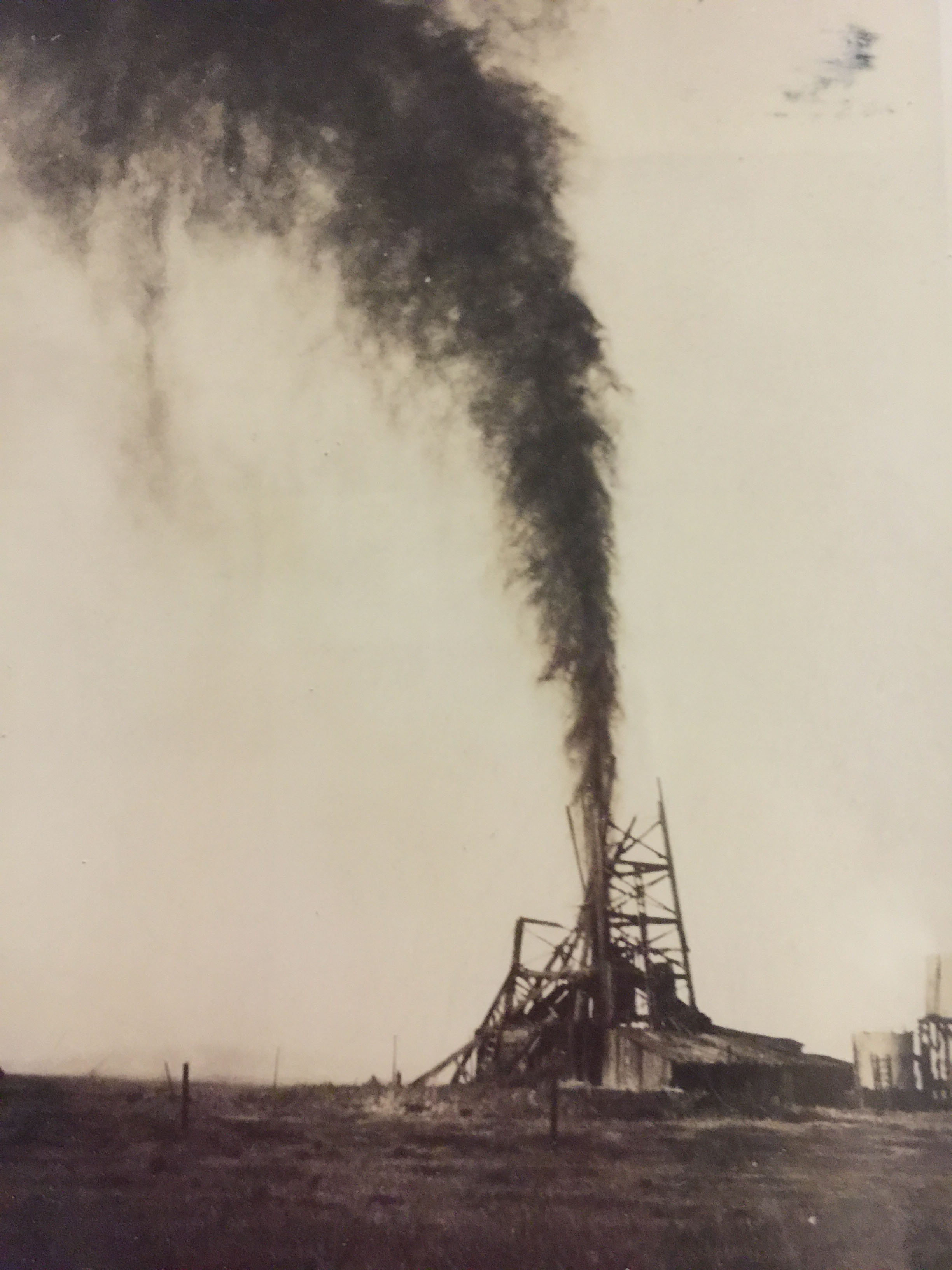 Standard Oil Company built, among many other things, a 600-seat air-conditioned theater and a new hospital to meet the growing needs of the community. By 1940, Avenal was the second largest town in Kings County with a population of over 4,000 and was known to have some of the best services and schools in the state.

The collapse of oil and gas production came with the intrusion of salt water into the oil reservoir leaving 65 – 70 percent of the Kettleman Hills North Dome still undisturbed. In 1953, oil companies with holdings in the area fields unitized, selecting Standard Oil to operate the fields. Avenal’s economy and population declined steadily as the oil money dwindled. Along with it, many stores, buildings and houses were vacated until the 1960’s when an influx of agricultural workers made a major impact on Avenal and the surrounding area. The Lemoore Naval Air Station also brought some growth to the area in the 60’s, but it was short-lived.

The 1970’s saw two substantial projects that significantly changed Avenal the and surrounding areas: 1) completion of the California Aqueduct, which brought needed water to the west side; and, 2) opening of Interstate 5. After a few failed attempts over several years, the citizens of Avenal supported incorporation of the community in September 1979. While still a very young City, the citizens pursued and were successful in bringing a state prison facility to Avenal. With construction underway, improvements and activities could be seen in every corner of the community. Since the early 1990’s, many significant projects have followed such as: the reconstruction and beautification of Skyline Boulevard; construction of 52 miles of new curbs, gutters and sidewalks; a new Post Office; two (2) new schools; many new homes and apartment complexes; significant street, underground infrastructure and water storage improvements; park improvements; the Oasis Child Development Center as well as the Paramount Child Development Center (a “green” construction facility); an 18-acre Sports Complex which is located adjacent to the Avenal Sand Drags Track (home of numerous World Records); construction of a new state-of-the-art Animal Shelter ; Downtown Kings Street Improvement Project; renovation of a significant historical building which is now home to the City of Avenal Police Department, established in 2010; and, the most recently completed project is renovation of the Avenal Recreation Center (Avenal’s first schoolhouse, established 1929) located at Rice Park. Avenal is also very proud to be home of the Central Valley Soaring Club. In November of 2003, the Avenal Theater, historic cornerstone of the downtown area, was destroyed by fire. The fire affected all surroundings buildings, which were part of a complex constructed by Standard Oil in 1935. Construction commenced on the new facility in late 2008 and completed in the spring of 2010. The Avenal Theater, with its renewed beauty and splendor, again, reigns as the downtown cornerstone and continues to capture the attention, as it did in 1935 when the theater first opened.

​​Pistachio Capital of the World


Part of the Avenal's proud agricultural heritage comes from the bountiful pistachio crop that grows in and around Avenal. In fact, the largest pistachio grower and processor, Wonderful Pistachios, employs a majority of Avenal's agricultural labor force (both seasonally and full-time). Given how much of Wonderful's labor force comes from Avenal, the company has invested millions of philanthropic dollars over the years in the community, including the construction of Wonderful Preschool.

To celebrate the prominent role that pistachios play in the daily life of Avenal residents, the Avenal Rotary Club in partnership with the City of Avenal, established the annual Pistachio Festival, a four-day pistachio-themed fall event that brings the community together with a wide-range of family activities and attractions. This event is just one example of the many reasons why Avenal is the Pistachio Capital of the World.

Never to Forget Where We Came From

Although Avenal’s future is no longer closely linked to oil, and no matter how many years may pass, it will always mark its beginning from “the day the Milham came in” and the cigar box on the counter of the general store which was its first post office.